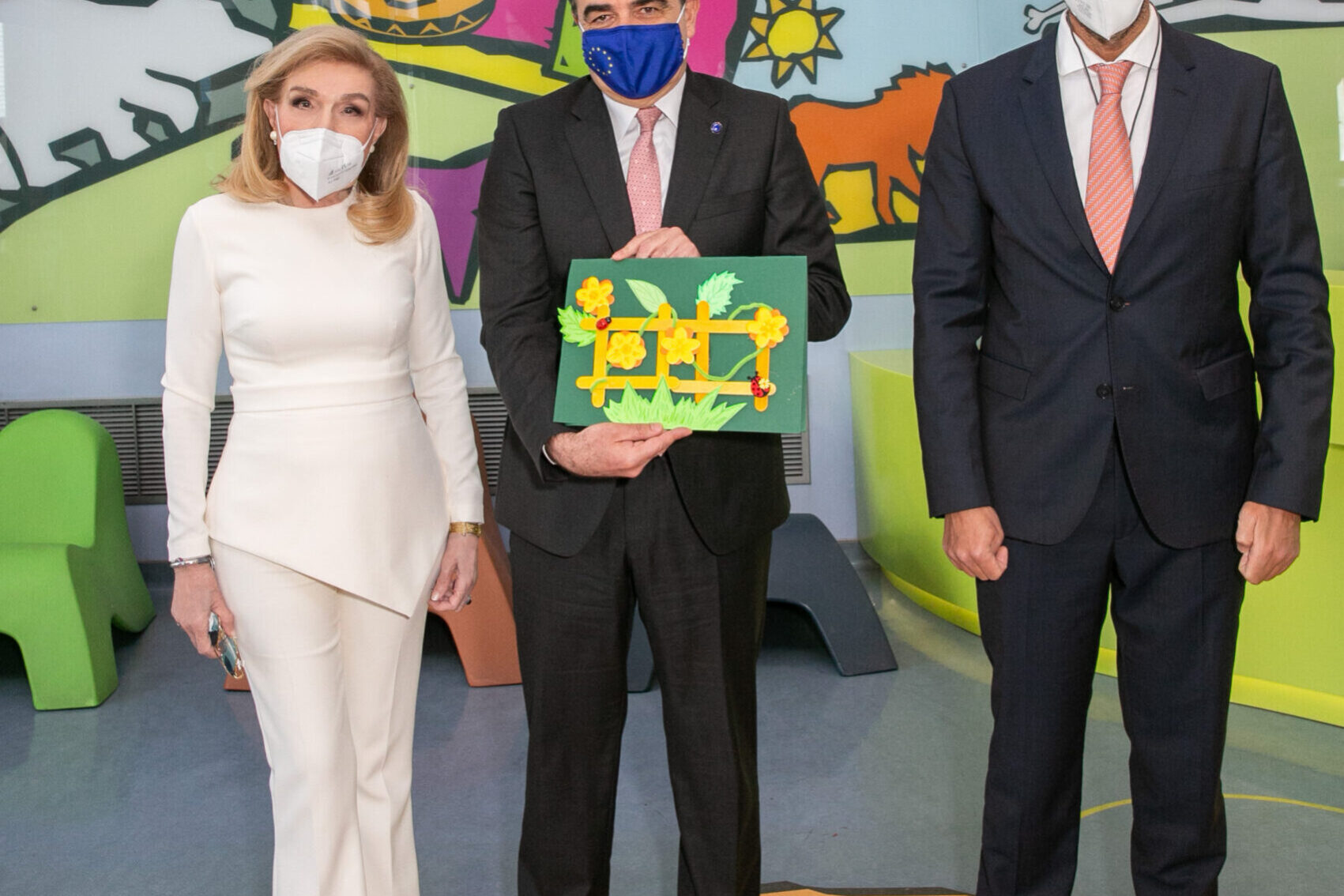 On the occasion of the 40th anniversary of Greece’s membership in the European Union, the Vice-President of the European Commission for Promoting our European Way of Life, Mr. Margaritis Schinas, visited the ‘Marianna V.Vardinoyannis-ELPIDA” Children’s Oncology Unit, on Tuesday, 11 May 2021.

Mr. Schinas was greeted by the President of the “ELPIDA-Association of Friends of Children with cancer,” Mrs. Marianna V. Vardinoyannis, and the Director of the “Agia Sofia” and “P&A Kyriakou” Children’s Hospitals, Mr. Manolis Papasavvas.

“Your presence here today is an expression of your profound sensitivity and has special symbolism, as our country celebrates this year the 40th anniversary of its membership in the European Union. Your personality, the breadth of your knowledge and your long experience in the European Commission give your every initiative special significance and place Greece’s clear voice at the very centre of European and international developments during an era when the pandemic is rapidly transforming the world. I would like to wholeheartedly thank you for your ongoing and long-standing support for our initiatives ,” Mrs. Vardinoyannis stated, among other things, as she welcomed the Vice-President of the European Commission with whom they are linked by long-term ties of friendship and cooperation.

On his part, Mr. Papasavvas briefed Mr. Schinas in detail on the operation of the Children’s Oncology Unit, the latest developments in the treatment and research on childhood cancer, and the important contribution of ELPIDA.

“I have been following the progress of the vision and the unique contribution of Mrs. Vardinoyannis over a number of years. Since she, essentially on her own, introduced to the broader public the major issue of childhood cancer, in order to turn the spotlight through her contribution and work on the lives of thousands of our young friends, and to give strength, courage and real Hope to the very young but great heroes of this battle, and of course to their families on their daily and arduous uphill road. Dear Mrs. Vardinoyannis, as you have said, the life of a single child is certainly worth fighting for. You have proven this all these years, by making your vision a reality, potentially bridging a major gap in public health, creating a real Ark for our children,” Mr. Schinas said.  The Vice President of the EU Commission also spoke in detail about the European plan to combat cancer. “A holistic, horizontal plan, totalling €4 billion, that fights cancer, in every policy, every aspect of our day-to-day lives from prevention, diagnosis, treatment and quality of life,” he stated, calling on the ELPIDA family to participate in this effort.

Immediately afterwards, Mrs. Vardinoyannis presented Mr. Schinas with the honorary golden wreath of ELPIDA and also offered him a commemorative plaque for the 40th anniversary of our country’s membership in the European Union.

Responding to this honour, Mr. Schinas offered her the commemorative stamp for the 40th anniversary of our country’s membership in the European Union, as well as a children’s fairy tale on the subject of the European Union for the library of the Oncology Unit.

Mr. Schinas placed a star with his name on the “ELPIDA Wall of Stars”, as well as the star of the European Union. 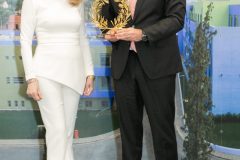 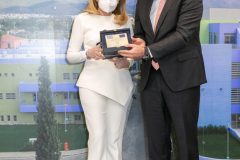 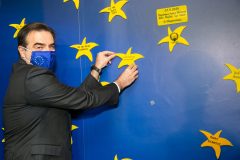 SMILES OF JOY AT THE “MARIANNA V. VARDINOYANNIS-ELPIDA” CHILDREN’S ONCOLOGY UNIT DURING THE VISIT OF THREE FORMER SURVIVOR PARTICIPANTS
June 4, 2021

ONLINE EVENT DEDICATED TO MOTHER’S DAY BY “ELPIDA” AND THE “MARIANNA V. VARDINOYANNIS FOUNDATION”
May 5, 2021

LOVE AND HOPE ONCE AGAIN THIS EASTER FOR THE STAFF OF THE ‘MARIANNA V. VARDINOYANNIS – ELPIDA’ CHILDREN’S ONCOLOGY HOSPITAL
April 27, 2021

INAUGURATION OF THE NEW WING OF THE 1ST HEALTH CENTRE OF SALAMINA
April 7, 2021

H.E. THE PRESIDENT OF THE HELLENIC REPUBLIC KATERINA SAKELLAROPOULOU AT THE SIDE OF THE CHILDREN OF ‘ELPIDA’ ON INTERNATIONAL CHILDHOOD CANCER DAY
February 15, 2021

THANK YOU FOR SHARING WITH US YOUR LOVE FOR CHILDREN!
January 26, 2021
Go to Top

You can find out more about which cookies we are using or switch them off in settings.