A joint press conference was held for the 2020 SALAMIS-THERMOPYLAE ANNIVERSARY by the President of the Honorary Deanship, Mrs Marianna V. Vardinoyannis, the Minister of Culture, Mrs Lina Mendoni, and the Minister of Interior, Mr Panagiotis Theodorikakos, on Monday, 16 December 2019 at the Acropolis Museum Amphitheatre.

During her speech, Mrs Vardinoyannis presented in detail the activities that the Marianna V. Vardinoyannis Foundation is planning, which, as she noted, will be financed exclusively with Foundation funds and implemented under the responsibility and planning of the Foundation.  The targeted actions of the Marianna V. Vardinoyannis Foundation are related to the fields of education, culture, science – at both the national and international levels and also in collaboration with the Greek diaspora. Mrs Vardinoyannis also announced that, through the Foundation, she intends to construct humanitarian infrastructure works on Salamis, to improve the life of the residents. (FULL SPEECH OF MRS VARDINOYANNIS)

Mrs Vardinoyannis further announced the names of the people comprising the Honorary Deanship. Eminent figures from Greece and abroad, including leading university professors, important representatives of culture, arts, letters and sciences. (FULL LIST OF THE NAMES OF THE COMMITTEE MEMBERS)

Mrs Lina Mendoni, Minister of Culture, presented the three pillars of action of the Ministry of Culture for the celebration of the anniversary, and more specifically: 1) Actions with an archaeological interest, in collaboration with the local Ephorates of Antiquities; 2) cultural events that will be held throughout the anniversary year and 3) Infrastructure works in Sparta, Salamis and Thermopylae. (MINISTRY PROGRAMME)

Mr Panagiotis Theodorikakos, the Minister of Interior, noted that the celebrations for the 2500th anniversary of the Battles of Thermopylae and Salamis “are being held under the auspices of the President of the Republic, Mr Prokopis Pavlopoulos, and have the full support of Prime Minister Kyriakos Mitsotakis,” and that it is important for our country to use this anniversary to broadcast strong messages both at home and abroad. As regards the Ministry of Interior actions, Mr. Theodorikakos explained that a project management team has been set up by the responsible Mayors and Regional Governors, and that the relevant announcements will be made in January. (FULL SPEECH OF THE MINISTER OF INTERIOR)

Journalist Antonis Sroiter served as moderator of the event. 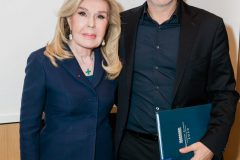 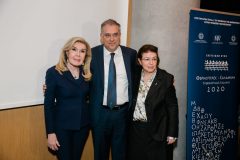 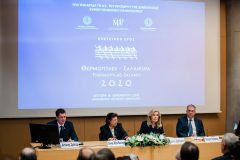 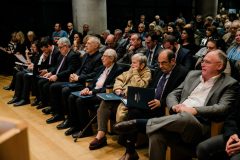 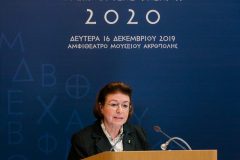 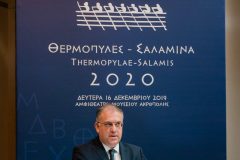 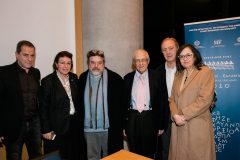 A LOVING EMBRACE FOR THE CHILDREN WHO NEED IT WAS OFFERED BY THE ‘MARIANNA V. VARDINOYANNIS FOUNDATION’ AND ‘ELPIDA’
April 29, 2020
Go to Top